Here are some photos that Simon just sent to me. They are a sneak peak of the photo shoot that we did on the super spectacular Tom et je Ris (8b+) in the Verdon Gorge. They are not his best shots, but thatâ€™s all he will give for the moment as he is sending the killer shots out to some magazines. 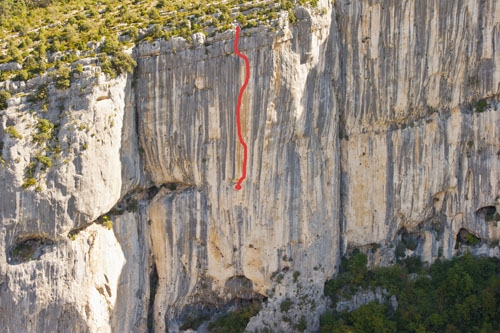 A view of Tom et je Ris from the opposite side of the Verdon Gorge. It takes the proud orange tufa line up the impressive cliff. 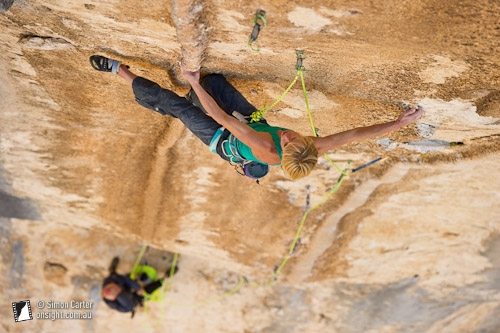 After 15-metres or so of strenuous climbing up the flattened tufa (below and right) you gain a rest. From there you step across to the knobbly orange tufa which you climb for most of the route. 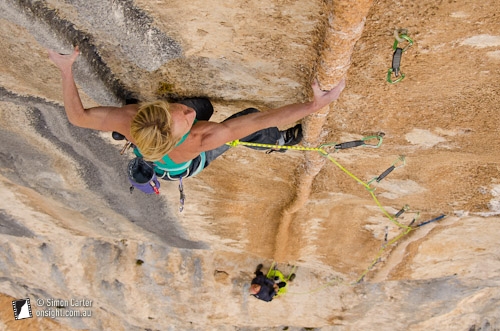 Here I am just getting established on the main orange tufa. From there itâ€™s enjoyable bridging up between the tufaâ€™s. The run-outs maybe scary but the fun factor is huge. 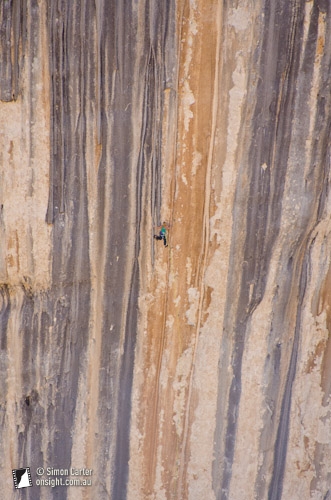 Another view of Tom et je Ris from across the gorge. Nice drop-knee action.

And for the rest of the route (and photos) youâ€™ll have to wait.