Here’s what happened the day I sent Mind Control (8c+, 34) at Oliana in Spain. 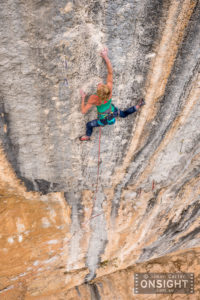 Before I started up the route I questioned why I was even having another attempt, my first attempt was average to say the least and I felt embarrassed, I felt “so not in the league” to be even trying something so hard. “Open your eyes Monique”, I thought, “look around you, climbers are crushing hard routes without much ado and you’re faffing around on the start of something beyond your ability”. Oliana has become somewhat of a testing ground where climbers come to pitch themselves on hard routes, a place of high hopes, where dreams are made or broken. Oliana makes me feel humble, sometimes too humble and I stop believing in myself. This self-dialogue has got to stop and I’ve got to be positive. I change my mindset and as soon as I tie into the sharp end I am focused, not for a send, for a training burn just to see just how far I can get. This would at least give me a marker for which to improve on with future attempts. My goal was to make it through the lower crux and make it to the hole, the halfway point of the hard climbing.

My rationale for having another attempt that day was quite simple. The route was free, it usually has a line up at least three people deep, this time however there was no one waiting = no pressure = I could work it as much as I liked. I had no skin but tomorrow was a rest day so there was no point saving it for later, saving it for what? There was no later. The weather forecast said it all, over 30mm of rain was due on the following Tuesday, it was Thursday and this would give me three days of attempts. From previous trips I knew that once the tufa on Mind Control gets wet it stays wet for a very long time. Even on this trip I’ve waited two weeks for it to dry out, so that I could try the route, and today it was totally dry, it wont get any dryer than that. So what are you waiting for Monique? Stop your whining and get on with it. 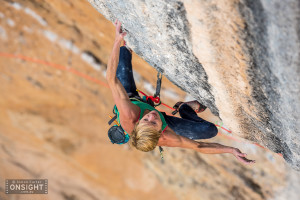 I picked my way through the lower 7c (27) section and made it to the first rest without problem. I rested for a bit, probably not as long as I would if I were really having a red point attempt. I was grateful that I hadn’t abandoned my t-shirt on the ledge lower down, the breeze had picked up but I was not cold.

With no expectation I set off, it was 30 moves up the ‘runway’ with only two quick shakes to make it to my goal of the day. If I could do that I would be ecstatic, I’ve only made it past the hole one other time. Two days ago I’d reworked my sequence up the second part of the ‘runway’, more moves but higher percentage. I hadn’t linked it yet but I knew it was better than before because I could at least repeat it consistently. In the flow of the moment I somehow managed to make it through the first section up the ‘runway’ and then power screamed my way through to the hole. Yahoooooo! I was so ridiculously pumped and graciously happy at the same time. I’d achieved my goal. I was completely thrilled. Some people had been yelling encouragement to me as I was climbing the last hard section and while I was resting at the hole I remember thinking, “don’t bother watching anymore, I’ll be here for a long time and I’ll most likely fall off the next move”.

I kept going and going and going, I wont bore you with a blow-by-blow detail, even though I’ve already taken enough liberties with that. I never once thought that I would make it to the top, remember this was a training burn and I was pumped beyond belief. I don’t know why I was still “on” the climb. I stuck the upper drive-by move, clawed my way to the next hold, power screamed every time I changed my grip in order to shake, got a little something back, set off again completely pumped, remembered my sequence to stick my left hand on nothing and bunny hop my left foot up, got to the next hold, thought OMGness I am still “on”, just keep climbing, remembered that my right foot goes on that downward sloping piece of rubbish but just go with it anyway, got to the top of the tufa completely blasted, still not entertaining any thought of getting to the top, I was just wondering where I would fall off.

My last draw was meters below me and I only had four more moves to go. With blurred vision and pumped out of my mind and body – I never believed I could feel so blasted and still be climbing, well not climbing actually only just hanging on like velcro to the rock. What happened next was automatic, left hand side pull, left foot back step on tiny tufa thingy, right hand switch to thumb crimp on top of tufa, left hand launch to high pocket, think OMGness I’m still “on”, right foot on tufa, push hard to high right undercling, foot swap through to gain left clipping hold. Clip draw, blink, realise that rope has dropped out of the undersized quickdraw (obviously not BD) because my finger stopped the gate from shutting. Think, “oh shit what do I do now?” Move position. Move position again. Whatever you do don’t panic but go back to original position because the other position isn’t doing it for me. Think, “can I clip it again or do I grab the anchor?” Clip draw again, move finger out of the way so that rope does not get pushed out this time. Scream. Scream. Scream again. Punch the air. Scream. Wahooooooo!

I couldn’t believe what had just happened. Days later… I am still on a high. I think my next venture is going to be a skydive! I will keep you posted.

Thanks so very much to everyone who has supported and believed in me! 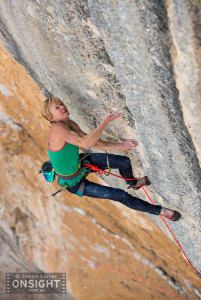 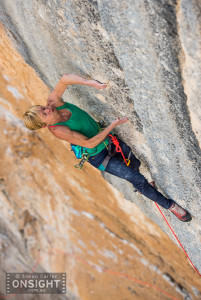 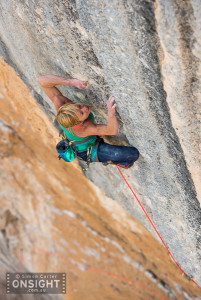 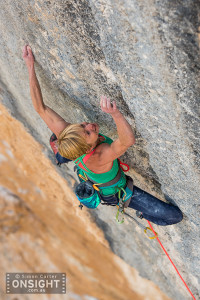 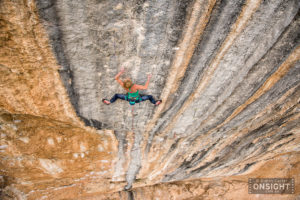 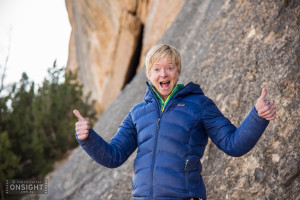 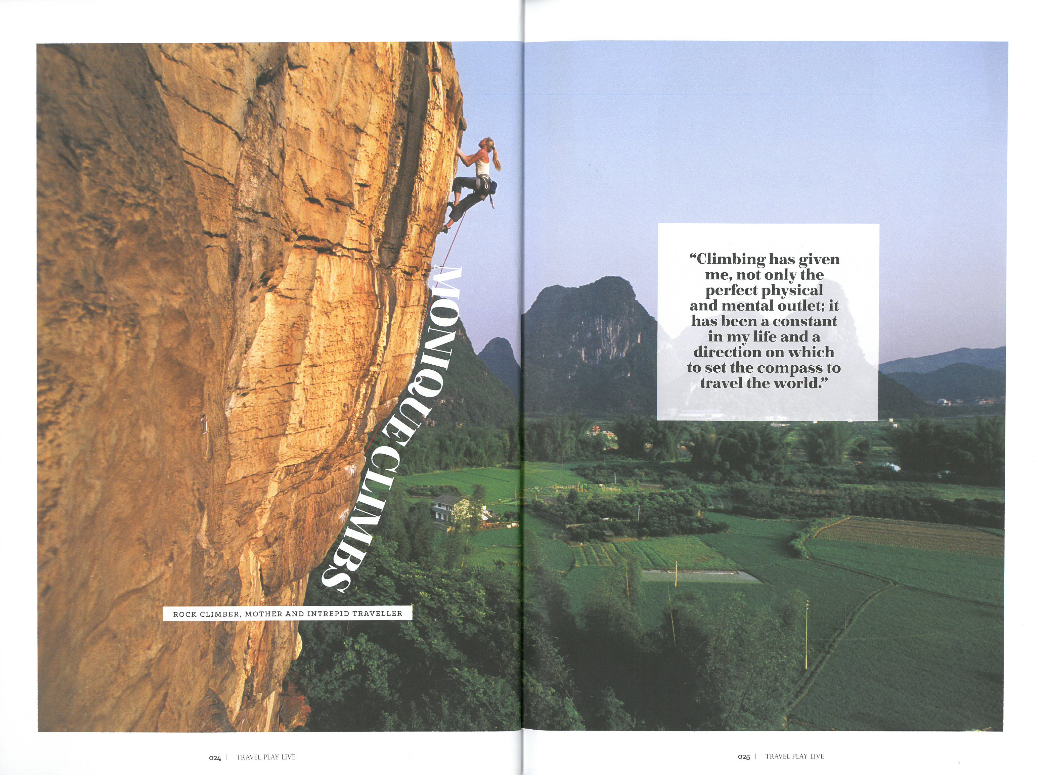