2011 started well for me. My training was paying off and I was feeling fit and strong and I was feeling fluid on the rock. But then unfortunately in March my finger flared up and I ended up taking two months off from climbing as a precaution. I think that turned out to be a good move. In May I was able to quickly regain my fitness and hook back into a project â€“ Tuckered Out â€“ which Iâ€™d been working earlier.

I first looked at this route several years ago when I climbed Super Duper Goo (29) which shares most of the climbing of Tuckered Out (30) but escapes off to the left before the roof section. I had seen the guys doing the roof and it looked like awesome fun to swing around like a monkey, free, up high, in the roof which caps the main wall at Diamond Falls. At that time I gave the roof a shot but I was literally overwhelmed and too intimidated by the committing moves and run-outs.

Earlier this year I got psyched again after seeing Zac cruising through the roof. This time, being braver and savvier with working out moves, I managed to find my own sequence through the roof. Then, on red-points, I was twice quite literally blown off the route in gale-force winds ( I kid you not). Then, I waited two months for my fingerâ€¦ And then finally (on the 10th May), second day back on the route, in a last ditch effort which was really only to get my quickdraws off, with nothing left in the tank, my eyes staring into the sun, I sent the route — much to my amazement.

It was a personal victory for me, as the route posed some real mental and I thought physical barriers (which werenâ€™t really there; I just had to work it out for myself). It is always satisfying when you can overcome such hurdles and enjoy the process. 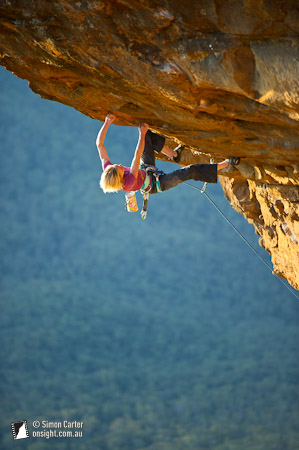 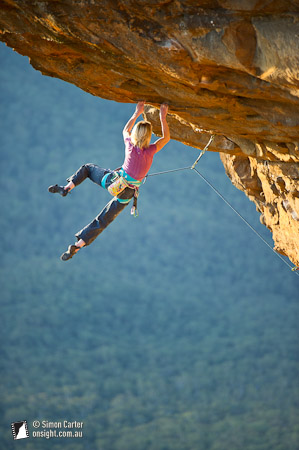 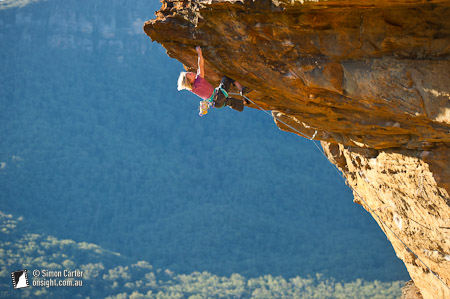